Get To Know Us

Growing up, Brooke's family enjoyed celebrating holidays in a huge fashion, in which they placed a big importance on food. It was only natural for her to develop a love for cooking and for serving others. The knowledge that something in which she created could bring such joy to someone's day is what led her to the hospitality field.

In 2003, Brooke and her husband Jim had a dream to open a BBQ restaurant that served traditional Southern BBQ. They used their formal and not so formal culinary training to put a "Philly Friendly" spin on their approach to BBQ. Since opening, not only has Brooke's family grown in size, (mother to four wonderful children) but so has Sweet Lucy's. From the trailer days to the restaurant and catering company, Brooke has instilled her family values in all aspects of Sweet Lucy's, the results being that Sweet Lucy's has become not just a great place to dine, but also a great place to work. Brooke knows that to be successful, an amazing support team is required. 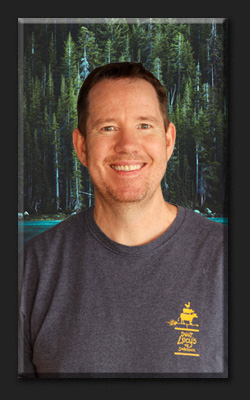 Jim was inspired as a child watching chefs like Julia Child, Emeril Lagasse and Martha Stewart. They became his motivation to experiment in the kitchen, preparing dishes for himself and his family.

Jim continued to cook while studying History in college. He bounced around various cooking positions in multiple states as a means to support his studies. However, cooking professionally was never Jim's intention.

This all changed once Jim met his wife Brooke. It was Brooke who encouraged Jim to travel the path that brought him the most joy. Together, they followed this path, which led to them opening a food truck in which they called Sweet Lucy's Smokehouse. The combination of hard work and the love of BBQ transformed Sweet Lucy's to what it is today, one of the most talked about BBQ spots in the Philadelphia area.

Jim finds it most humbling, when the restaurant is full, the line is out the door and guests are leaving with smiles on their faces. Exceeding expectations is what Jim strives for, and along with the help from Brooke, Debbie and the entire team, these expectations have come to fruition.

Debbie believes that dining out should be more than a delicious meal, it should also be an experience. From the person to person interaction, the sounds of wine glasses clinking, or the laughter wafting through the air from a nearby table. These were the ideals which Debbie brought with her when she made a promise to her sister and brother-in-law to help them start Sweet Lucy’s, only it was supposed to be for one year.

In the years that have passed, Debbie met her husband at Sweet Lucy’s and started her own family to go along with her Sweet Lucy’s family. A lot has changed since the start of Sweet Lucy’s, but the beliefs that Debbie brought with her and her promise, remain today. 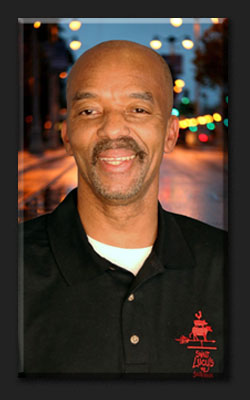 George is a Sweet Lucy’s Original. From Dishwasher to Pit Master and Manager, he only  does things one way; “The Right Way”. As a manager, George is a bit of a “Control Freak”,  controlling things like Food Quality, Taste and the Safe Preparation of all foods coming out of the kitchen. 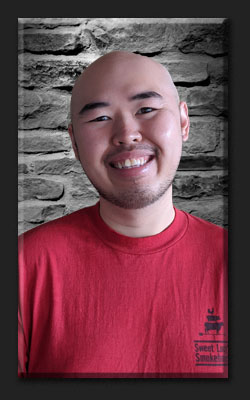 Andrew’s love of cooking started from watching Julia Child on PBS. Andrew, who is an enthusiast of many art forms including, martial arts, painting and photography, believes that cooking is the only art form that consists of all five senses.

Andrew attributes his love of food to his father who introduced him to a large variety of food growing up. He also believes that there is a story behind every meal, and he judges how good that story is by the smiles on the faces of our guests. 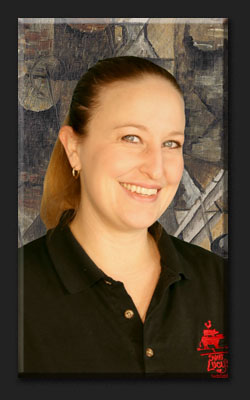 Ali has been working in the restaurant industry since she was fourteen years old. Originally from New Jersey, Ali attended The Restaurant School at Walnut Hill College for Hotel Management. Event Planning is one of Ali’s greatest strengths. She once drove her mother crazy by planning Christmas six months in advance.

Ali now resides in Bucks County with her husband, five kids, a dog and a cat. Even though her life is never quiet, Ali still finds the time to volunteer with Babywearing of Central NJ where she helps to educate parents and caregivers on how to safely use baby carriers. 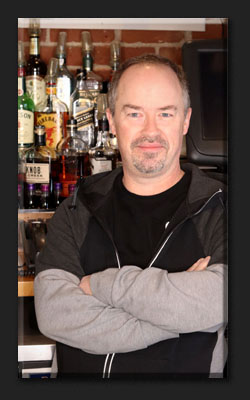 When people ask Rich why he became a bartender? His usual response is: “There’s little that is more humbling, than having a guest tell you how much they liked your drink or how much you’ve made their day”. It's reasons like this that makes bartending feel more like a passion rather than a profession. 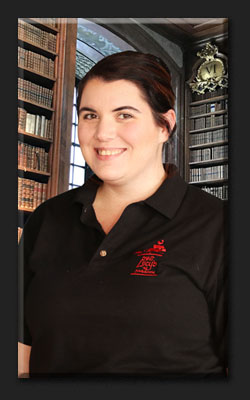 Gina finds that balancing a full time job along with going to school full time is a difficult challenge. But sometimes, challenges can be made easier with a little help. Gina has discovered that a lot of her help comes from right here, her Sweet Lucy’s family.

Gina believes that there is something to be said about working for a well established, family owned business, driven by pure integrity. Gina uses this as an inspiration for living her own life, whether it be with her family, growing as a person or growing professionally here at Sweet Lucy’s or following her true passion, Genealogy. 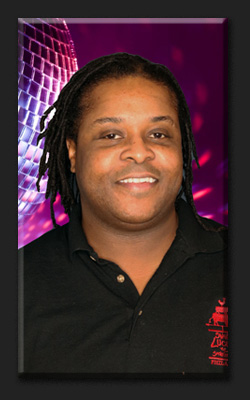 Devin grew up making dinner for his family following his mother’s simple mantra: “Make it taste good”. However, it wasn’t always about cooking for Devin. After receiving his B.A. in Mathematics from La Salle University, Devin taught eighth grade math for five years.

It didn’t take much math however, for Devin to realize a career in education was not going to equal the passion he has for hospitality. This led Devin to The Art Institute of Philadelphia, where he obtained his Culinary Degree.

Devin believes it is important for a restaurant to provide a welcoming environment to their guests and it’s Devin leading the way when it comes to making our guests feel like home.

Armani was home schooled for four years, which explains a lot. However, it does not explain how Armani would become such a valuable member of our team and one of our youngest supervisors. You might attribute it to her friendly nature, and how she interacts with our guests. Which makes sense, since one of her goals is to ensure that every guest leaves Sweet Lucy’s with a smile. To Armani, working at a restaurant with great food and amazing guests are the perfect fit. It’s all in her brand.